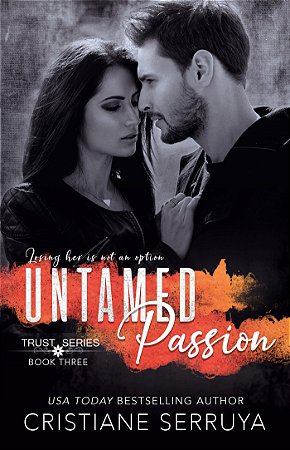 Código: 152601 Marca: Between the Pages LLC
3x de R$ 18,33
R$ 54,99
ou R$ 53,07 via Boleto Bancário
Comprar Estoque: 5 dias úteis
* Este prazo de entrega está considerando a disponibilidade do produto + prazo de entrega.
Two billionaires who never fail to get what they want. They both want the same woman. Only one can have her.

Alistair is obsessed with Sophia. He is so enthralled now that they’ve entered into a sexual relationship he gets comfortable and introduces his kinkier sexual interests into their bedroom, pushing Sophia’s boundaries.

Sophia is falling for Alistair more and more, but the journey is becoming darker and a bit scary, while also exciting. She doesn’t know what to think of his new sex games—or even worse, her reaction to them. Meanwhile, she’s even more scared of her past misdeeds coming to light, and if she decides she still wants to be with Alistair, knowing what he’s into sexually, would he even want her anymore if he found out about her terrible past deeds?

Meanwhile, Ethan indulges his obsession with Sophia by satisfying his lust for her with a sexual surrogate look alike, but that’s not enough. He needs more than that, he needs to know what Sophia’s doing every minute of every day and night. And he will even look into London criminal underground for partners to get what he needs... ISBN: 9781533197160 AUTOR: Cristiane Serruya