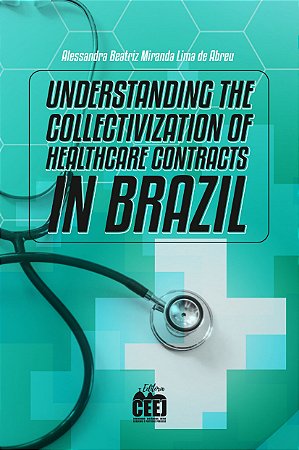 Código: 161985 Marca: Centro De Estudos Empírico-Jurídicos
3x de R$ 10,66
R$ 32,00
ou R$ 30,88 via Boleto Bancário
Comprar Estoque: 9 dias úteis
* Este prazo de entrega está considerando a disponibilidade do produto + prazo de entrega.
The collective contracts can represent a great challenge for health systems with the characteristics of public-private mix, especially when their distribution is carried out in a disorderly manner in the private system. Some health systems, however, exhibit this characteristic more sharply than others.Various asymmetries of information can be generated as consequence of the collectivization of the market of private health plans and it can cause effects for the public health sector.The Brazilian private health system inaugurated a new era with the publication of the Law on health plans, Law 9.656, published in June 1998, and after the creation of the National Regulatory Agency for Private Health. Nonetheless, the growth of collective contracts, especially so-called employed-based, is evident over the years. Currently, about 80% of the health insurance market in Brazil is configured by collective con- tracts. In the United States, a larger but similar market to Brazil, about 93% of health plans are collective.A phenomenon denominated: collectivization of the private health system.This dissertation aims to investigate the historical nature of the emergence of the Law 9.656/1998 through the systematic analysis of articles from previous periods and after its edition. The study will present the sociological and historical process of the norm, together with its main actors. It is intended, therefore, to understand patterns of socio-cultural behaviour that may have determined the evolution of the private health system for this collectivization in Brazil.Parallel to this analysis, is also performed an analysis of the North American market trying to trace possible comparisons between both. The analysis was made primarily through the critical discourse method of selected articles to categorise the paradigms that may have occurred, to a certain extent, in an unconscious level in the historical evolution of the country and, consequently, of the health system.In terms of global health, the theme is relevant to other Latin American markets, as well as those that hold the public-private mix, especially those with private healthcare as supplementary health model. |  Isbn: 9786580262168 |  Autor: Alessandra Beatriz Miranda Lima de Abreu